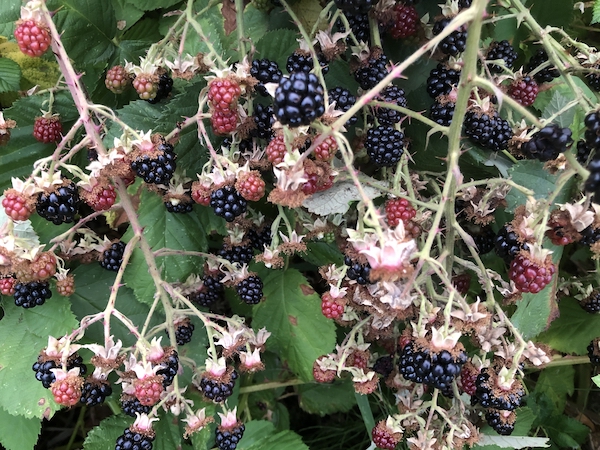 Back in 2008, SIlias Lucius, Monica Nissen and I gathered at Phil Cass’s house in Columbus, Ohio and talked about the Art of Harvesting. Monica developed this practice because she found herself often as the “secretary” in participatory processes, typing up notes, clustering ideas, graphically recording landscapes, and generally making sense of the conversation. This was great for her, but she realized that the group was deprived of all the learning that she was doing. She set out determined to create a body of work that was complimentary to the Art of Hosting, called the Art of Harvesting.

She and I had already been thinking about this stuff for a couple of years when we finally got a chance to sit down with Silas. At the time, Silas was a permaculture gardener at Kufunda Village, a learning village in Zimbabwe that had been using the Art of Hosting as an operating system for eight years. AS a farmer, Silas had a lot to say about harvesting, and as our conversation explored the connections between harvesting from a meeting and harvesting from a garden, I managed to record our insights and we created a little book on The Art of Harvesting that outlined the phases and stages of harvesting from conversations that matter.

One of my core mantras in participatory process is “I’m not designing a meeting, I’m designing a harvest.” That is to say that my focus as a process designer is on what we will harvest together form our work, and creating the process and structure that will do that. As facilitators we are often involve with our meeting process tools and we end up walking away from meetings with dozens of flip charts rolled up under our arms and hundreds of post it notes, and very little idea what to do next. Paying attention to harvesting, is critical if we are to make good use of our time together in meetings. So here are some principles that keep me focused on this little helper:

Make sure you have a way of picking up what is growing inside your container. It should maybe go without saying, but if you don’t have a way to harvest the conversation you are running a risk of wasting your time. And while I’m not suggesting you keep minutes of a date with your significant other, in strategic work, harvesting insights, ideas, conclusions, decisions, and effects is essential. For important and large scale processes I often work with partners who job on the team is being responsible for hosting the harvest. That means they are responsible for the container for the harvest, whether it is templates for small group work, organizing materials to use later, graphic recording, making videos, or writing. Every strategic conversations needs to be harvested well.

Use PLUME to design your harvest.  Yes, it’s another five letter acronym. This one is my touchstone for designing harvests that work well for participatory strategic processes. This one cam out of a conversation I was having with my partners Amy Lenzo and Rowen Simonsen as we were designing a nine-week online course on harvesting a few years ago. The letters stand for this:

There is a lot more on PLUME at the original post from 2016.

Have some idea of how you will put the harvest to use. No farmer plants a field of wheat without knowing what to do with it in October. Who will it be sold to? What will be done with it? These questions determine how the wheat is harvested, stored, transported and processed. That applies to harvest from meetings too. Have SOME idea about what you are going to do with it otherwise you’ll just stick it up on a shelf along with all of the other ideas that your generated but never did anything with. That’s no way to make change, and it’s no way to make meeting matter.

Decolonize this too! Just as creating “containers” runs the risk of colonizing space and people’s time and labour, harvesting can be even worse. I once ran a meeting with a number of indigenous youth who were reporting on some research they had done on their community. We gathered with non-indigensou adult “allies” and I introduced the process by saying “be sure to tell stories and harvest nuggets of widows that can be carried forward.” A small group of youth got up and left the room. When I found them in the hallway I asked them why they left. One young person stared me right in the eye and said “You’re a f*ing colonizer! You want me to tell my stories to adults who will harvest nuggets and cary them away.”

He was right. I had set up the process to be extractive, and completely without the kind of reciprocity and generative character that would have made for a powerful encounter between these two groups. Instead I unconsciously evoked the worst possible way of harvesting: transporting nuggets away to be turned into value elsewhere. I apologized but the damage was done. The trust was eroded and I wasn’t able to work with that organization again.

In her book “Braiding Sweetgrass” Robin Wall Kimmerer talks about “The Honourable Harvest.” And honourable harvest is one that is reciprocal, regenerative, and based in mutual respect and gratitude. An honourable harvest sustains life and makes everyone and everything healthier. Be sure to incorporate those values into your harvesting process and be extremely careful about extracting knowledge, labour, time and energy from people who are giving it without reciprocity.