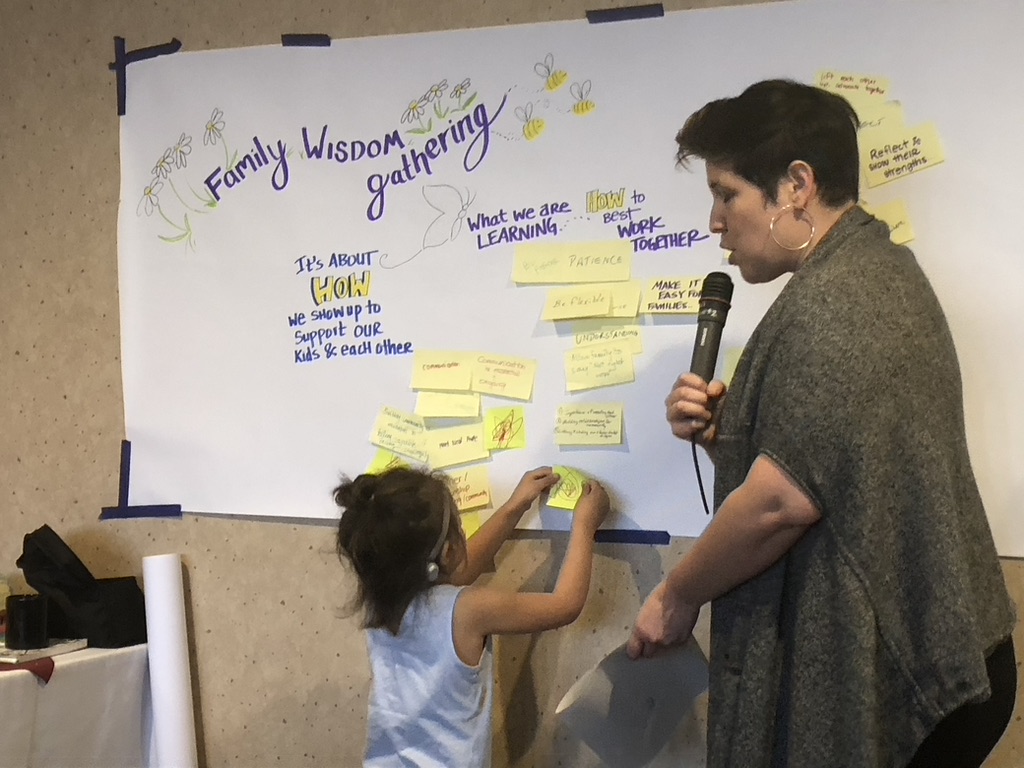 Im just coming back from a meeting this weekend on Vancouver Island where Kelly Poirier and I were working with some specialized health care workers who were meeting with Indigenous families around creating a care model for their children. We had three families with us including six children, two of which were babies, a five month old and a seven month old.

It has been a long time since I facilitated meetings with babies taking an active role in the proceedings. The children were included in this meeting as participants and they had as much to offer both the content and the process while also demonstrating what it looks like when we build a system with children at the centre.

With the world increasingly full of people that are acting like babies, it’s a good time to pause and reflect on the lessons that actual babies bring to the game. Babies get a bad rap.

The clock doesn’t matter. Rhythm matters. When there are babies in the room, we learn to pay attention to natural rhythms. Babies that are constantly held and cared for are very quiet and happy. The two babies we had in the room with us loved being held by others and they were looked after by their older siblings and other participants in the meeting. This of course is common in Indigenous families and large families. The babies had a blanket in the middle of the room they could roll around on and their every need was looked after. If they needed holding, they were picked up. If they needed as nap they could cuddle up with someone. If they needed feeding, they were fed, if they started getting tired at the end of the day, we closed the meeting down. If they were late in the morning, then we started once everyone was present and settled. Babies do not obey a clock, but they do very well at reminding us of healthy rhythms. Watching Kelly facilitate an hour of reflective practice with a five month old baby curled up in her arms sound asleep was beautiful.

Put the children in the centre not around the edges. We had babies in the middle and we had smaller children who were offered many options for being present including going in and out of the room, being accompanied by different adults and contributing. But there was no child care offered for our meeting. The meeting was child care and the children had a place in it. We all took turns being with the children, and they were never out of sight or out of earshot.

Babies change the conversation. The meeting we were running was not full of conflict or high emotions but it was about tricky issues like cultural safety and non-Indigenous professionals meeting with Indigenous families and so there was some nervousness in the room as we were building the container and the relationships. But babies make excellent talking pieces and excellent centres for a dialogue circle and having them constantly in our space made the conversation about them all the time. Their presence helped ground and simplify the conversation and it ensured that we spent our time well so as not to tire them out.

Babies have something to offer. Find a way to include them. Babies offer lots of things to a meeting, including feedback and insight and a kind of checking of the ego. All of the children in te meeting were included in every conversation sometimes in small groups, sometimes in the larger group. They offered their own answers to the questions we were asking because the questions were simple enough that a five year old could contribute “What do you like about your worker?” is a question everyone can answer and the children will often find ways to add to an adult’s story or tell it in their own voice. Additionally the two smaller children we had in our meeting were both excellent singers and when offered the chance to do so, they shared songs with us to end our meetings or bless the food, which is a common practice in Indigenous meetings on the west coast with adults usually offering songs before eating. There is nothing better than a child who loves singing being invited to share their gift with others in services of a genuine need rather than a cute performance.

Babies will tell you what’s happening in the room. Babies are very sensitive to the energy of a group. I learned this years ago, that they will sometimes express the emotions that are in a room in more subtle ways before the audults become aware. If things get tense they will get squirmy or begin crying from worry. It’s a signal to take it easy and take a little break. The baby is the first one to become unregulated in a setting and usually the first one to become regulated again. Babies don’t carry a lot of stories about what is happening in the room, so I pay close attention to their sounds and movements and it gives me information especially in setting like this one where the primary purpose was building a relational field and sharing and making sense of stories.

The baby reveals the truth of the system. If you are developing a model of care centered on children, watch what is actually happening with the children in the room. They way they are included and respected and lifted up so they contribute tells you a lot about how ready the people are to bring a truly child centered approach to their work. I have seen systems where the babies and the children gave us warning signs in the room that much more work had to be done. This weekend though was very special.