The symphony of the spring morning

June 1, 2022 By Chris Corrigan Being, Bowen, Featured, Uncategorized One Comment 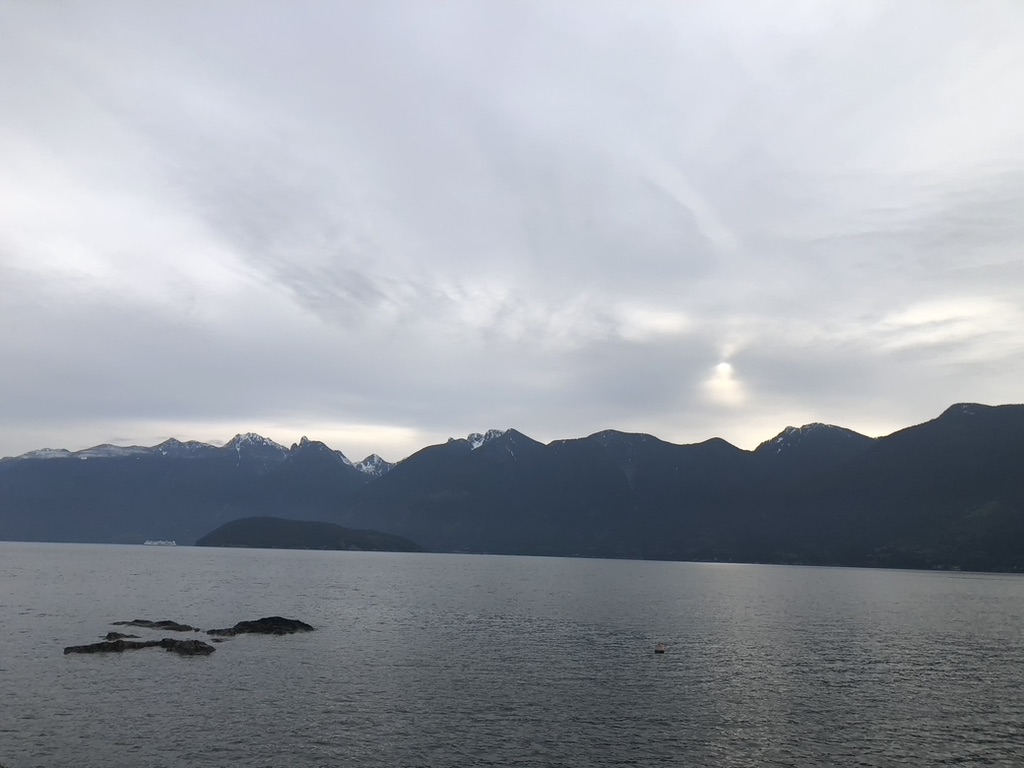 I live about 60 meters above the sea, facing southeast on the side of a mountain that is covered in Douglas-fir trees. My mornings at this time of year begin with light in my windows by 5am and the air full of birdsong. Up here, we are perched in the canopy of the forest and if I look out towards the sea, I am looking through to tops of tree that are 40 or 50 meters tall.

As I have grown older, my eyes are not as good as they once were and while I can spot movement in the canopy, it is hard for me to see details on little birds that live there. But becasue I am a musician, my ear is very good and I can hear and discern the many types of birdsong that fill the morning air. I am a bird hearer now rather than a bird watcher.

My mornings often begin with a 1.5 kilometer walk down to the sea through my local neighbourhood. And this time of year there are three distinctive movements to this walk.

In our canopy, Swainson’s thrushes, chickadees, the Townsend, Wilsons and Yellow-Rumped Warblers, sing from the tree tops. Ravens and bald eagles soaring above and through the forest, often silent expect for the wing beats of the raves. Robins are everywhere, towhees and juncos scratch on the ground in the garden and Ana’s hummingbirds visit the flowers. Pileated woodpeckers,northern flickers and red-breasted sapsuckers drum their mating calls on the trees above us on the mountain.

On my walk down to the sea, I descend along a road that has houses on either side, large ornamental trees like chestnuts and dogwoods and more gardens. The birds change midway down, and there is a small flock of starlings and a very large flock of pine siskins drawn to the bird feeders. Stellar’s Jays, patrol the mid-layer, chattering between the calls of song sparrows and white-crowned sparrows. Black headed grosbeaks at this time of year sing their rapid, nervous ringing song. A Pacific-slope fly catcher can be heard catcalling from the thick deciduous bushes and from out of nowhere comes the powerful rollicking song of the Pacific wren.

The final stretch of my walk takes me on a gravel path down to a beach. This is the territory of bald eagles who call and whistle from ancient perches and nest sites. In the little cove where i sit, there have been eagles for generations and beyond, and the bald branches at the tops of their look out trees are worn smooth by their talons. By the water there are sea ducks like scoters and goldeneyes, mallards, cormorants, glaucous-winged and short-billed gulls, and a crow that patrols the beaches and the cove and sometimes mimics the far off sounds of geese that softly honk as they forage around the rocks and beaches.

If I’m lucky here I might sea a seal of a sea lion coming up for air, or catch the call of oyster catchers moving around the rocks.

In a month or so, once the nesting is done and the warblers have begun to head south again, the sound will change and soften. Songs become calls, the resident birds (except, this year, the nuthatches) take over and the mornings are quieter with robins, towhees, juncos and chickadees providing most of the music.

Share
The poetry of sense-making
Lessons from facilitating babies