What I know about “complex facilitation” 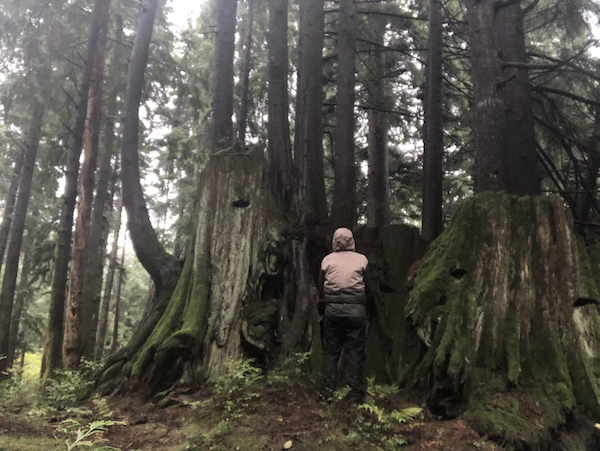 In this blog post, I’m going to lift the lid on the core of my facilitation practice. I specialize in complex facilitation for addressing complex issues and this requires a special approach to working with groups. In the Art of Hosting world, we call this approach “hosting” to signify that it has its primary focus on the spaces and processes that we use to host dialogue rather than a more traditional facilitation approach that manages the content, meaning-making, and dynamics.

For me, this approach is defined by a focus on the two key dynamics of emergence and self-organization. After 15 years of trying to figure this all out, I think I finally have this down to a simple set of underlying principles that have been heavily borrowed and deeply influenced by the work of Dave Snowden and Glenda Eoyang.

I first learned the term “complex facilitation” from Dave Snowden. “Complex facilitation” refers to an approach to working with groups that is grounded in good complexity theory. It is an important approach to take when the work you are doing is complex. There is almost always a temptation, when confronted with the uncertainty of a complex system, to default to control in order to drive the process towards a comfortable outcome. This can often result in a process becoming so constrained that there is no possibility for the magic of emergence or self-organization to happen. The desired outcomes of good complex facilitation process are precisely these two states: emergence of meaning and understanding, and self-organization of a group.

Emergence means that a group of people leaves a room with insights that no one person brought into a room with them. When we are confronted with complex problems stemming from emergent phenomenon (culture, conflict, identity, shifting markets, new realities dictated by contexts we don’t control, interpersonal dynamics, “next level” anything…) we need to to create a process that invites emergence. Emergent problems are addressed with emergent solutions.

Self-organization means that a group of people organizes their time, attention and resources in ways that meet the urgent necessity of the moment. It is possible to create processes that allow for self-organization to occur by providing clear attractors and boundaries in a system. Self-organization represents an emergence of structure, which is what is needed to work with emergent ideas. It’s no good going away on an off-site retreat, creating a set of powerful new ideas, and then going back to the office and trying to fit them into pre-existing structures.

When we work with complex facilitation Snowden gives us three clear heuristics that can inform design: work with finely grained objects, disintermediate sensemaking, and distribute cognition.

Working with finely grained objects means that groups both generate and work with lots and lots of data points. In my practice, these are generally generated from collecting a large number of small stories and anecdotes about situations. My clients can attest to the huge numbers of post-it notes we go through in group process work, for this reason. These are use to collect data grounded in reality (“tell a story of a time when you made this move…”) and such data objects can be collected together, individually or using online tools. Lately, I’ve fallen in love with Cynthia Kurtz’s approach of Participatory Narrative Inquiry, which is one branch of the work she started with Dave Snowden as they began to create methods for complex facilitation. Other methods like Liberating Structures and large group facilitation methods also help do this.

Disintermediated sensemaking refers to the principle that the people themselves should make sense of their own work. We try to create processes where people are in touch with the raw data objects, so they can find meaning and patterns themselves, without a facilitator or consultant imposing a framework on them. Interpretation of data should rest with the people who are using it. In complexity, how people make meaning of their context dictates how they will act. If a consultant writes a report with their own conclusions, it will always distort the sensemaking participants do. We help this happen in groups by having people hunt for patterns, clusters things into themes and really using tools like Glenda Eoyang’s Human Systems Dynamics and technology like Sensemaker or NarraFirma to help in this work.

Distributed cognition means decentralizing the thinking in the group so that many brains are put to work on a problem and many different perspectives can be brought to bear. This includes having groups of people working in parallel on different issues so that they can generate approaches free of influence from each other in order to enhance creativity. Creating the conditions for diverse perspectives and contradictory actions helps groups to choose general directions of travel together and to test hypotheses and learn more about what paths forward are helpful and which are not.

Complex facilitation works with “containers” which are bounded spaces and time in which emergence is enabled. Containers are made up from a set of constratints acting together to create patterns. Inside these spaces, groups must be able to self organize emergent forms of working if they are to work on emergent ideas. In complex facilitation, you can create the conditions for self-organization by working with the attractors and boundaries that make up the constraints of the container, the exchanges and differences that enable the flows inside the container, and the identities that people take on in the work.

I’ve learned all this from Dave Snowden’s ABIDE framework and Glenda Eoyang’s CDE model and lately, I’ve been blending the lessons and insights from both into a general approach towards working with constraints in facilitated spaces..

In a container Attractors are things that attract and enable coherence and Boundaries are things that constrain and contain, creating separations and allowing us to categorize differences. Think about an attractor as something we all gather around: a fire, a song, a strong purpose, a centre, a meal. Attractors bring us into coherence. Boundaries contain us: a rim, walls, a fence, a roadway, a rule, a fixed amount of time or money. They draw lines between in and out, between what’s included and what’s excluded, and what is the same and different. You cross a boundary when you are no longing sharing a space with others, or when a data object is no longer functionally similar to something else. Taken together, attractors and boundaries form the basic properties of containers, and you can add more or fewer attractors, deepen or lessen attachment to them or tighten or loosen boundaries to create or shift containers.

Exchanges and Differences describe the dynamics inside a container and also act as constraints. Differences give us tensions and potentials for change. You can create more diversity or more homogeneity in a container. The potential for change lies in the differences in a container. Homogeneous systems tend to be very stable and resistant to change, massively diverse systems tend to move and change quickly. Exchanges describe the connections between things in a container and also describe the flows of resources in a system. These might include information, energy, power, and money. Exchanges can be increased or decreased, or given more amplitude or less. They can be channelled through one pipe like a garden hose or distributed through a more intricate structure like a mycelial network.

Identities influence self-organization because they can change the way people think about problems or perform functions in the system. Sometimes you need to CEO to be the most influential person in the system and sometimes you need their staff to be the important ones. Changing and disrupting identities is important for undertaking the three functions that enable emergence. Identity can often be a powerful dark constraint in a system that can hold stuck patterns in place or enable the emergence of new ones. Breaking down existing identities is key before self-organization into new emergent structures takes place. But too much undermining of identities leads to existential chaos, so sensing is critical.

I’ll be hosting an online course with my pals at Beehive Productions next March on this topic, so expect a few more musings over the next several months as I put together that four-week program.