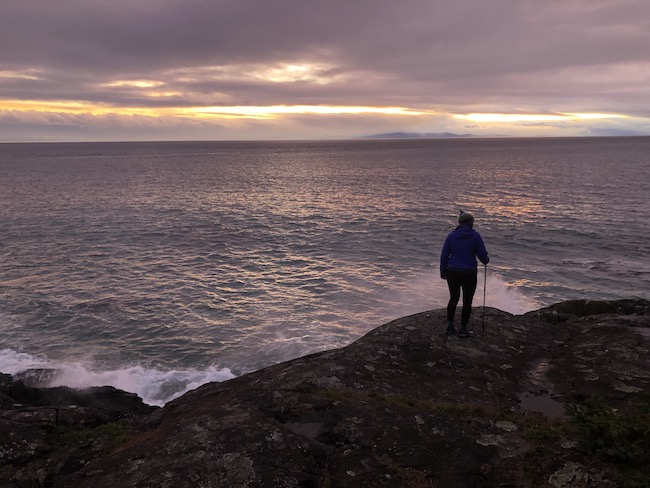 I sometimes feel like I’m repeating myself here, but please indulge me. When I get my teeth into learning about something I come back to it over and over, finding new ways to think about it, polishing it up. I love blogs because they offer us a chance to put drafting thinking out into the world and get responses, forcing me to think more deeply and more clearly about things.

Likewise teaching, which for me is always the best stone that sharpens the blade, so to speak. Tomorrow I will rise at an ungodly hour – 4am – to teach a two hour session to some amazing social justice activists in Eastern and Central Europe, who are fighting for things like environment justice, and racial and gender and sexual orientation equality, among other topics. I get to teach about working with complexity.

As part of that, I will elaborate on my little model of constraints, which for the record is now described as Connections, Exchanges, Attractors, Boundaries and Identities the short form of which is CEAB(I). In this blog post I’ll explain why.

These five types of constraints essentially cover all the ways that complex systems or problems are constituted. They function as a mix of constraints that govern and constraints that enable. These two terms come from the work of Alicia Juarrero and Dave Snowden. Governing constraints stop certain things from happening (a door keeps the public out, a bolt attaches two pieces of metal). They create a limitation on action. Enabling constraints create a space, a context or a container in which action can happen within boundaries. They are essential for emergence and coherence in a complex system. Think about form in poetry, or the kinds of direction that managers give their workers. If these constraints are too tight, we compromise and stifle emergence. If they are too loose, we create too diffuse a context for action. A manager that says “do whatever you want” is going to make trouble in the organization. So too will one who says “let me review every single move you make.” Managing enabling constraints is really the high art of working in complexity especially as you can never know in advance what “too tight” and “too loose” looks like.

So far so good.

Now this little model, CEAB(I) can be used to both analyse a situation and to take action to change that situation. When I am confronted with a stuck problem in ir near the complexity domain, I will often do a quick survey of the constraints that are active in the moment. From a social action perspective, lets just look at a relatively straightforward (!) case or trying to change policy around affordable rental housing. What are the constraints at play that create the emergent situation of “unaffordabilty?” Here are a few sketched out thoughts:

CONNECTIONS – Landlords can use AirBnB to get a better revenue stream rather than long term rental; tenants need to be “connected” to find good deals;

BOUNDARIES – Government regulations make developing a suite to be prohibitive (secondary suites are often banned in residential neighbourhoods due to concerns about traffic and noise); restricted zoning means rentals are located only in certain places making them more scarce and therefore higher priced on the market; lack of rental increase guidelines that allow landlords to charge maximum rather than affordable rents.

Okay. You see where this is going. Complex issues are so named because these factors (and many many more) work together to create the emergent characteristic of unaffordable rents.

There are some high value targets. For example, you could create a governing constraint in the system that bans rents above a certain price point and creates expensive fines for breaking that law. This may have the unintended consequence of forcing rentals OFF the market and possibly into shotr term rentals OR having a black market emerge of unregulated suites and apartments. It may limit the supply and force renters into tent cities for example, creating another situation. On the other hand such a law may give everyone clarity and force a change for the good. But this is a very high energy solution and requires a great deal of power to effect.

At the other end of the spectrum, you could create different kinds of connections in the system. You could ban AirBnB (as some jurisdictions have done) but also incentivize rentals by providing a property tax breaks to people renting out affordable suites or apartments. Tenants can organize to strike against high rents by creating tight connections and limiting the exchanges that go between them as a class and landlords as a class, forcing political action.

You could also change the nature of the problem by allowing different kinds of rentals (such as secondary suites in single family homes, which happened in my community and instantly increased the amount of rental housing in the stock). Potential renters could form new connections, such as co-ops and co-housing groups (or indeed create tent cities) to create new forms of housing and community.

The four constraints of connection, exchanges, attractors, and boundaries offer places for action. As you go from C —-> E —-> A —> B you require more and more power to act. Creating and enforcing boundaries is very difficult for community organizers to do. But creating new connections and changing the exchanges that happen are accessible tools for people without formal power in a system. This is how people organize and build movements for change. If your hands are not on the levers of power, you need to mobilize to get them there.

Identities are a special class of constraint, and everyone plays in this space. You are often forced into a certain class by the ethos of a culture: in a white supremacist culture like Canada, BIPOC people are often marginalized as outsiders. But white people have choices about using power and privilege, to either uphold the status quo or change it. Identity and context play together. Some people are able to code switch, or form alliances, or play along with epectations and then make surprise moves. The film Black Klansman is a great example of this. How you name yourself, appear, code-switch, separate and join groups is a tactical consideration for making change. Do you join certain clubs and networks to gain influence? Or is it better to stand outside the system and protest? Do you join the mainstream or offer alternatives? Do you participate in advisory panels or critique and tear down the process? Or do you do all of these simultaneously. Identity and identity politics are a big deal.

To set up new attractors and new boundaries is possible only if you have some power. That power can be formal coercive power, or it could be charismatic influence. Even a social movement without policy making capability can force change through boycotts (limiting exchanges), shifting the story (through re-casting identity), creating alliances (connections acorss power gradients) or creating alternative glimpses of the future (off the grid experiments, tent cities communities) that might force policy makers to stabilize good ideas or finally confront the constraints that create problems by breaking them.

Being effective in mobilizing for change requires a huge amount of creativity, collaborative relationship, collective intelligence, and situational awareness. You need to ask:

Then you make small plans, try to catalyze new patterns in the system and see what happens. And you fail. A LOT, which is something that all activists know, but which doesn’t stop them from organizing and working anyway.

A long ramble, but hopefully it gives you a peek at some of the thinking that I’m doing about how power comes into play in influencing complex systems and addressing complex problems. Let me know what you think in the comments.