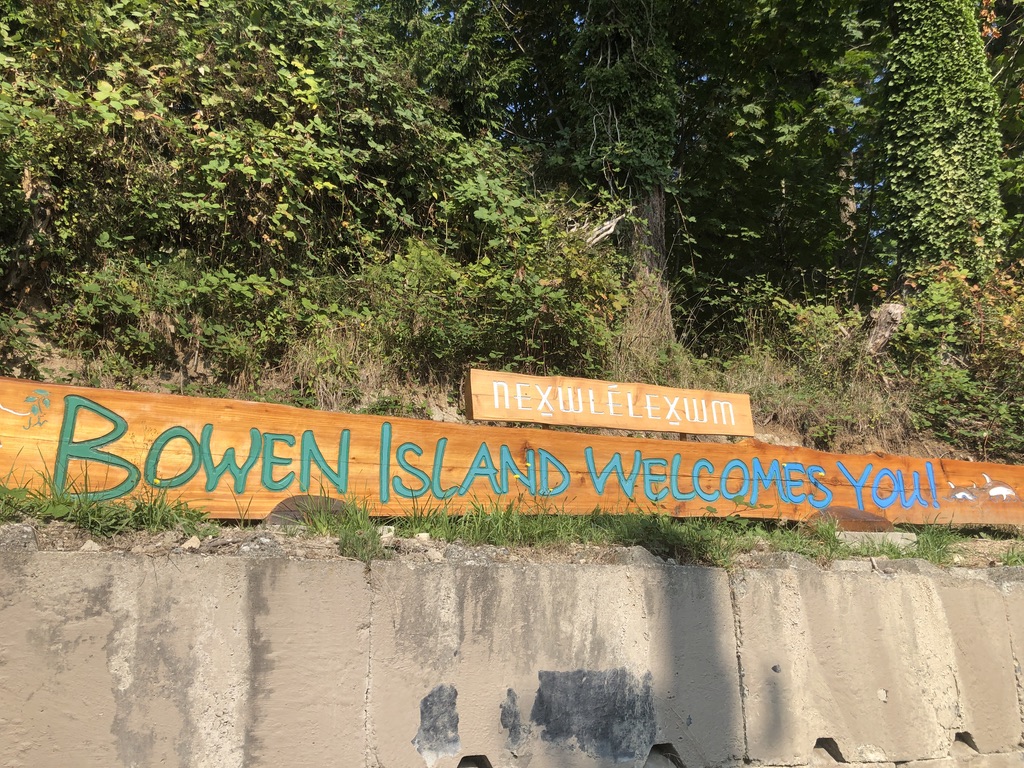 I was reading a facebook thread today where someone posted about changing the name of British Columbia to something else, something indigenous. And one of the responses was “no. too much change, too fast.” And that got me thinking.

The point is that the changing of names is an instantaneous act and it rarely changes anything else instantaneously. We just keep living, making dinner, looking after our families, tending our gardens and going to work. So the objection to a new name is often rooted in some other kind of anxiety despite the fact that it happens all the time all around us. I don’t completely understand the emotional connection to the name “British Columbia.” I don’t really relate to events in Invermere or Atlin. Even folks outside B.C. call us all coastal hippies with warm winters when in fact the vast majority of the province is nothing like that. To me it’s just a label on a map, but of course I didn’t grow up here so I might be missing something. I certainly don’t feel a provincial patriotism or allegiance with people 700 km away just because we have the same kind of license plates. But I have been actively involved in working with changing the names of places including on my home island, Bowen Island, which has been known by at least three official names and several nicknames through its history.

For for the vast majority of its history, Bowen Island was (and still is) known as Nexwlelexwm because we live in Squamish territory and that’s the Squamish name for the island. When the Spanish visited here they briefly named it Apodaca, and that is still a name associated with one of our three mountains and one of our water taxis. A few weeks later, Captain George Vancouver changed the name to Bowen Island – named for one of his English friends who never saw this place – and it has been also known as that for the last 200 years or so. The island also has a few nicknames including The Rock and The Happy Isle. So it’s clear that names are not at all permanent in time and we all have multiple ways of referring to our place.

The question of renaming British Columbia, especially as we develop a deeper and deeper awareness of the traditional homelands in which we live, is an interesting prospect. But the land area known as British Columbia is somewhat arbitrary and doesn’t really conform to any of the traditional social or geological boundaries in this part of the world. British Columbia spans across more than 30 different indigenous languages, which are at least as diverse as the languages of Europe, or the languages of a similar size territory in Asia. In fact “British Columbia” is essentially the name of a mini continent populated by dozens of nations with distinct histories and cultures and names for their places.

For me I would be less interested in changing the name of the province, and much more interested in finding a way to acknowledge the names of the traditional territories in formal ways. For example it would be great if Canada Post would deliver mail to my address if it were sent like this:

In fact, you could probably send me mail this way if you included the local postal code. But the point is I actually feel a closer connection to Squamish territory – which encompasses the familiar islands, mountains, oceans and rivers of this place, than I do saying I live in British Columbia. This is the territory in which I live. It’s very different from the Syilx, and Nlaka’pamux territories the east of me which are full of desert and sagebrush, or the Saulteaux territories to the north east which are rolling hills and prairies. These landscapes are as different to where I live as the languages are to each other.

So perhaps it’s not too much change too fast to begin thinking about the places we live beyond a pro-forma territorial acknowledgment. Perhaps it’s time to deepen our connection and understanding to the territories in which we live and understand that our history here, no matter how recent, is bound up in the ancient history of the people who have lived on these lands from time immemorial, and that what happens here in the present day is the result of a shared history that has been made up of moment of both astonishing brilliance and horrific violence.

Perhaps indeed it is time to place the ancient names officially back on the maps and highways and mailing addresses so that we have a true sense of where we live and what it takes for us to continue to be here. It is one way we can begin to reverse the tide of genocide; restoring the names is critical to recognizing the continued existence of the peoples in whose lands we all reside.