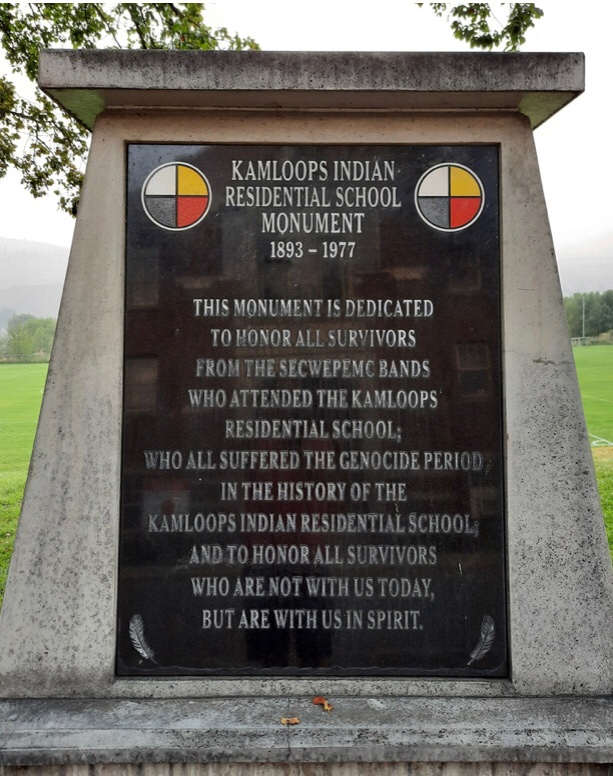 This has not been an easy thing to confront about Canada’s history, that this country was founded upon acts of genocide against indigenous peoples. In 2015 the TRC was really the first official body to declare that Canada’s colonial policies amounted to cultural genocide, and four years later the National Inquiry on Missing and Murdered Indigenous Women and Children came out and finally said it:

…the information and testimonies collected by the National Inquiry provide serious
reasons to believe that Canada’s past and current policies, omissions, and actions towards First
Nations Peoples, Inuit and Métis amount to genocide…

Now, they knew this was going to be a controversial conslusion and so they provided a 46 page supplementary report (linked above) to outline the legal analysis for this statement, in line with what the UN Convention on Genocide says.

Yesterday, MP Leah Gazan (another of my political heroes) called for Parliament to unanimously recognize the residential school policy as “genocide” and predictably someone opposed it, in this case MP John Barlow. It should be said that the House passes motions, proposes laws, and approves reports on genocide recognition from time to time and many of these statements are brought by John Barlow’s Conservative colleagues. The House has condemned acts of genocide against Uyghurs and Turkic Muslims, Ukrainians, Crimean Tartars, Kurds and other minorities in Iran, Bosnians, Yezidis, Shia Muslims and Christians in Syria and others over the years. Not every motion passes.

So Leah Gazan rose yesterday to propose that the House condemn residential schools as genocidal and someone said no. This was newswirthy enough that Olivia Stefanovich from CBC News wrote an unhelpful article, and went in search of a couple of experts.

She found Frank Chalk who is indeed an expert in Genocide Studies. And to my surprise he said this:

Frank Chalk, a history professor and co-founder the Montreal Institute for Genocide and Human Rights Studies at Concordia University, said he does not see evidence of criminal intent, which is required by the UN convention on genocide.

Instead, Chalk said, he sees evidence of criminal negligence in the attempt to strip Indigenous children of their languages and beliefs.

“All of those steps constitute part of what we call ethnocide — the attempt to destroy a group’s culture,” Chalk said.

Chalk also said the debate over genocide distracts from work the federal government should be doing to advance Indigenous rights.

“If we quibble endlessly over the legal definition of genocide and how it applies to the victims of the residential schools, we will distract ourselves from concrete measures that we need today,” Chalk said.

Which really is astonishing, because as a genocide scholar I would have expected him to have quoted from the legal analysis provided by the National Inquiry, which spent 46 pages outlining the case for genocide in line with this very Convention.

There was no criminal intent? I can think of several acts tied specifically to the residential school policy that would have been criminal according some even to the laws of the day if they had been enacted against white citizens:

And these were just the official policies. Then there was the abuse, neglect and outright murder of children that was done by individuals on a scale that makes it systemic.

The debate over genocide is CENTRAL to what the government needs to be doing to address indigenous rights. It is not a “distraction.” The litany of colonial policy, including residential schools, is now well known to have been a deliberate attempt to eliminate indigenous peoples to free up lands and resources for settlers and companies to exploit. Defining it as genocidal is central to the moral imperative for restoring indigenous lands, resources and communities. This was not a mere “ethnocide” as if that is somehow less horrific. Canada’s political and policy power is still firmly pointed in the direction of “we own it all and it would be easier if you would just stay over there while we exploit it.”

With all due respect to Dr. Chalk’s expertise in the field, he got this wrong. And I don’t think anyone wants to be on the wrong side of a “debate” about genocide.

Share
The swirl of life in the Salish Sea
What's in a name (change?)