Paying attention to the rhythms of breath 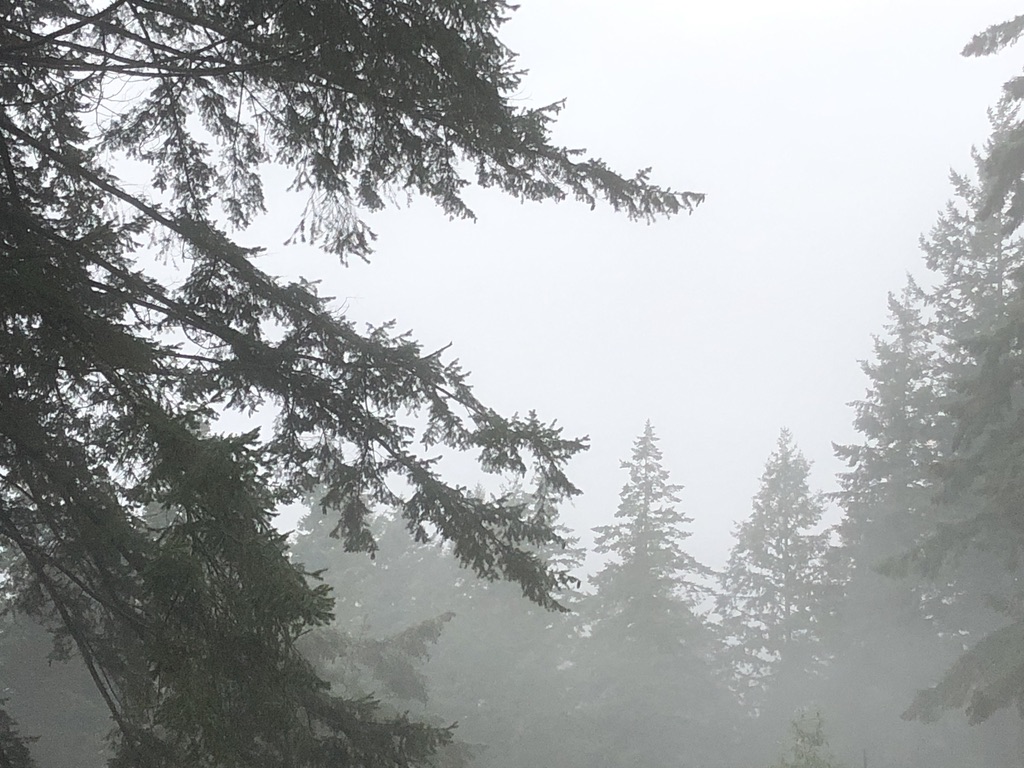 When you live on an island like ours, Nex?wle?lex?xwm/Bowen Island there are rhythms that are like breathing. They come and go over time on cycles as short as an hour or as long as geological epochs.

Most mornings I begin my day on my covered porch, drinking a coffee, reading a meditation, spending some time in silence and contemplation. At this time of year the mornings are dark and, more often than not, wet. This morning we are in day four of what is called an atmospheric river, a massive steady plume of rain that extends from the Hawaiian Islands north-east to our coast. Such a pattern is like a long exhale of moisture, a plume of breath from the tropics that brings warm air and rain and sometimes fronts with gale force winds, which we call the Pineapple Express.

From my morning perch I can see the ferry coming and going, every hour or so, our connection to “the continent.” The early ferries – 6:20 and 7:30 – are commuter runs, with workers heading to the city on the earlier boat and high school students off to school on the later one. As the ferry approaches, the intensity of traffic on my road increases, and the closer we get to sailing time, the higher the speed of cars racing to make sure they don’t miss the boat, or to deliver a sleepy bus-missing teenager to the dock. There is a period of stillness and then the flow reverses and the labourers from the city who have made an early start travel in their work vans and pick-up trucks through the arteries and capillaries of our island road system. As the ferry leaves, things become still and quiet again.

It is very much like the tide that comes and goes twice a day, sometimes bringing as much as 3.5 meters of water to our shoreline, lifting the logs off the beach and floating them on the currents and eddies of Atl’ka7tsem/Howe Sound, the inlet in which we live. This time of year we are coming into our highest tides, and the beaches will be cleared of the boom logs and torrent debris that has cascaded off the mountains into the sea during the past few months of rain and erosion.

And there are the longer period rhythms here as well. The world breathes birds on to our island all in season. Right now there are the winter residents having their run of the place, and with a mild and possibly snowless winter at this altitude near sea level, the towhees, juncos, song sparrows, chickadees, nuthatches, and wrens are spoiled for choice. large flocks of siskins and kinglets swirl in the grey air and occasionally at night you can hear the calls of snow geese flying high above the coast line in search of their estuary winter feeding grounds south of here at the mouth of the Sto:lo/Fraser River.

Winter is short here, and the new year brings with it a month of rain and grey, with gradually brightening skies and then the first hints of spring weather in early February, in line with the Irish seasons more so than the Gregorian ones. But of course there is already a calendar here, the Squamish calendar,that relates to the seasons of food and harvest. The land never really rests in warm winters like this, with the forest extracting as much as it can from the dim light but the mycelial networks in the forest floor working overtime to breakdown nutrients and keep everything fed and flowing in the moist and nutrient rich humus. The forest itself breaths a rhythm of feed from the sky and the earth, continuously growing the giant trees for which our coast is known.

Everything is geared around natural rhythms here, and they care little for the smoothing out of human life brought about by a pandemic. Our community rhythms have become a faint signal in the past 10 months, the peaks and troughs of gatherings, festivals and commemorative events flattened into mere bumps and barely acknowledged remembrances. In this sense it feels very much like our village has been holding its breath, but I also have a small worry that with another year of lock down we will become severed from the rhythms of community life. It only means that we will have to create new ones, or resurrect the former ones in new forms. But it does remind one of how easy it is to break the fabric of community life and set people adrift with one another, a dynamic that was sued against the indigenous population here over generations, through the pandemics of smallpox and colonization, which ravaged community life and stole even the waiting breath.

And in my own life, a turn has been taken as my youngest child has moved out, into an apartment in the city where his 20 year old life is also on hold. He has a job and will start a new set of university classes online this winter, but being 20 and living in a city for the first time is supposed to be a time of socializing, living life fully and enjoying oneself, and that’s just not possible at the moment. Back on the island, Caitlin and I have become empty nesters, and have just spent a couple of weeks in quiet and still recalibration of our lives in a shared space that, after 23 years of parenting, is once again just the two of us. Another exhalation, a deeper one, and an intake of breath for what the next third of life will hold.

Happy New Year to you all. May you continue to breathe and find life in the rhythms of breath that surround you.