Days of drought and life 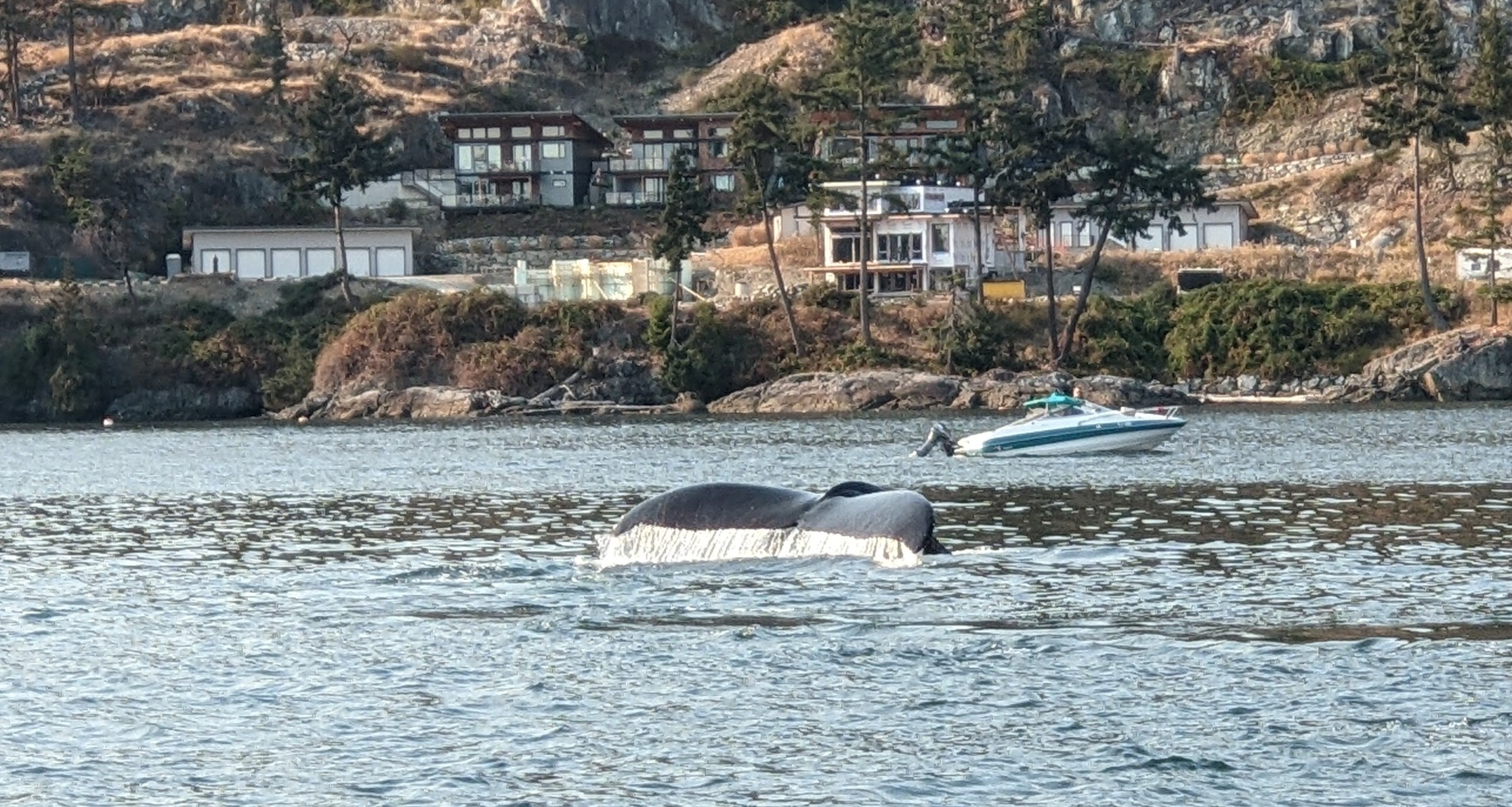 My shoes are covered in dust. The entire island is dry and crackly underfoot. We have had no significant rainfall since July 8 here ibn Atl’ka7tsem/Howe Sound which is highly unusual for us. After a very wet fall and spring last year, we had a lovely summer but it is as if someone left hom without unplugging it and a persistent ridge of high pressure offshore has ensured that any low pressure systems trundling across the North Pacific have been diverted north.

This is our rainy season here on the west coast. By now we typically would have a fairly consistent set of front and lows that would have passed over us dropping rain and more importantly filling the creeks and capping the mountains with the first brushes of snow. A steady flow of rain in the creeks and rivers gives the returning slamin something to hone in on as they find their way back to their creeks to spawn and die. We have had nothing. The land is dry. The lakes are shrinking. The rivers are a mere trickle.

in the last few days our inlet has been filled with smoke from wildfires burning to the south and east of us. The GOOD news with that is that the wind is changing and a shift in the weather patterns is in the offing; by Friday we should have our first 100mm rainstorm of the year. The fires will not survive that rainfall, but I’m curious to see how the land does. The soil is loose and dusty. Trees are drought weakened and the wash of the soil into the rivers will make it hard for the fish. Silty stream beds are not good for salmon spawn.

In the seas around us the waters are full of humpbacks and orcas. We have seen a gradual resurgence of marine mammal life in our inlet over the past 40 years, a phenomenon that has been enabled by good marine stewardship and documented by my friend Pauline Le Bel in her book Whale In The Door.

On Sunday, taking a deep day of rest, Caitlin and I chased some humpback whale sightings along the shoreline. A friend was out in his boat sending me texts about a pair if humbacks that were moving fast along N’chay’ch Nexwlelexwm, the south shore of our island that represents the boundary between the Squamish Nation territory and the rest of the world. The whales were travelling around that edge and rounded the corner of Cowan Point heading into Seymour Bay where they stopped and rested and fed for a while. We watched them for about an hour. The bay had a few boats who were being respectful and compliant with the marine mammal regulations. there was a sea lion spyhopping along, a pair of marbled murrelets, migrating geese and mergansers and both short bill and glaucous winged gulls. It was divine. Quiet, calm, full of life.

At one point the whale came up next to my friend’s boat and he snapped this photo above. That’s me on the shoreline in front of the leftmost garage door, watching through my binoculars with awe and reverence and respect. My buddy was in tears as this whale blessed him with its presence.

These times we are living in.