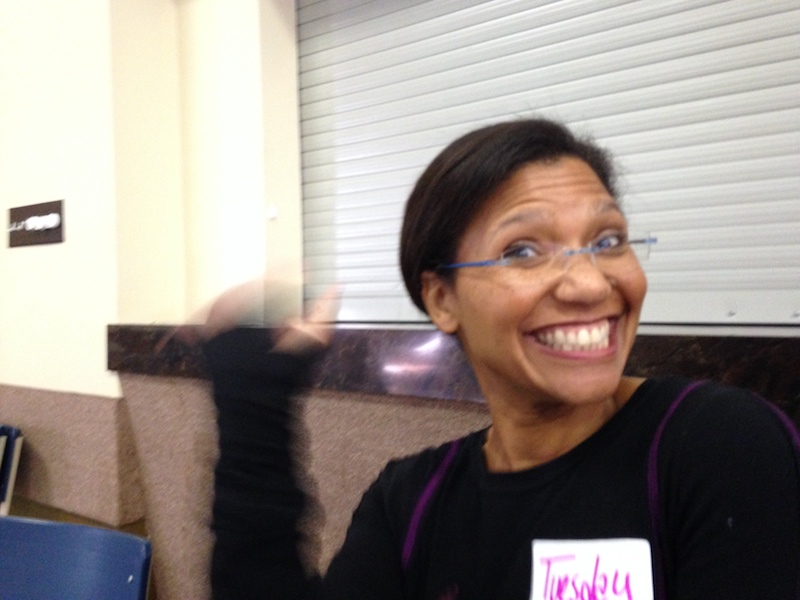 Since October 2011, when I first lay on the floor and listened to Tuesday Ryan-Hart teach at the Art of Social Justice in New York  held thirty-five blocks from where Occupy Wall Street was just getting started, I have been intrigued, challenged and enamoured by her work on these issues.

She has been working hard for the past 8 years to articulate a model of power, justice and relations that can deeply inform the Art of Hosting community of practitioners, certainly in the North American context if not elsewhere in the world.  Tuesday’s work has made me a better person. She took the challenge of entering into the Art of Hosting word because it was worthy on its own merits as a place full of promise with respect to social justice and she added stuff to make it better.  I was gifted with the chance to witness the development of her work since the very moment she encountered our community and I want to speak to it now to name that it has influenced my own ideas about power, relationship, grace and multiplicity.

Here it is in its current form, The Shared Work Model, a gift of one Black woman’s lived experience, thoughtfully condensed and rolled into an offering specifically for our community of practice. It is both a map and plan. But mostly it is a treasure buried in this field.

I have met so many people and voices in our community around the world who aren’t afraid to speak to power in our midst.  It seems unfair just to name Tuesday in this, but I want to lift her up specifically for the work she has offered as an invitation to make us all better.

My work has been at the intersection of culture, history and power for nearly thirty years, largely moving in-between indigenous and settler communities in Canada as a facilitator and host of strategic dialogue practice.  I have made many more mistakes than most people I know, in this respect. I have stumbled and used my power and privilege badly. I like to say I have had the gift of being scolded by more aunties and grandmas than I can count.  And occasionally I have got some things right too.
If I’ve been right it’s because I have listened to people deeply and honestly, I have seen far beyond their initial impressions and I have seen and been seen in my work.  I make the right moves when I listen to and remember Tuesday’s teachings, and the teachings of the Elders, youth, kids, mums and community members I get to work with.

So I offer this reflection this morning to remind us that the practice of “calling out” has it’s place, to shake the foundations and remind us of the important truths of difference.  And to remind us that we have a unique opportunity this community because we are also gracefully and beautifully “called in” by our friends and mates to notice how the bigger systems of which we are a part guide our own behaviours and patterns and address them.

Share
Towards the idea that complexity IS a theory of change
Working with principles: some thoughts and an exercise