Colonization and the shadow of belonging 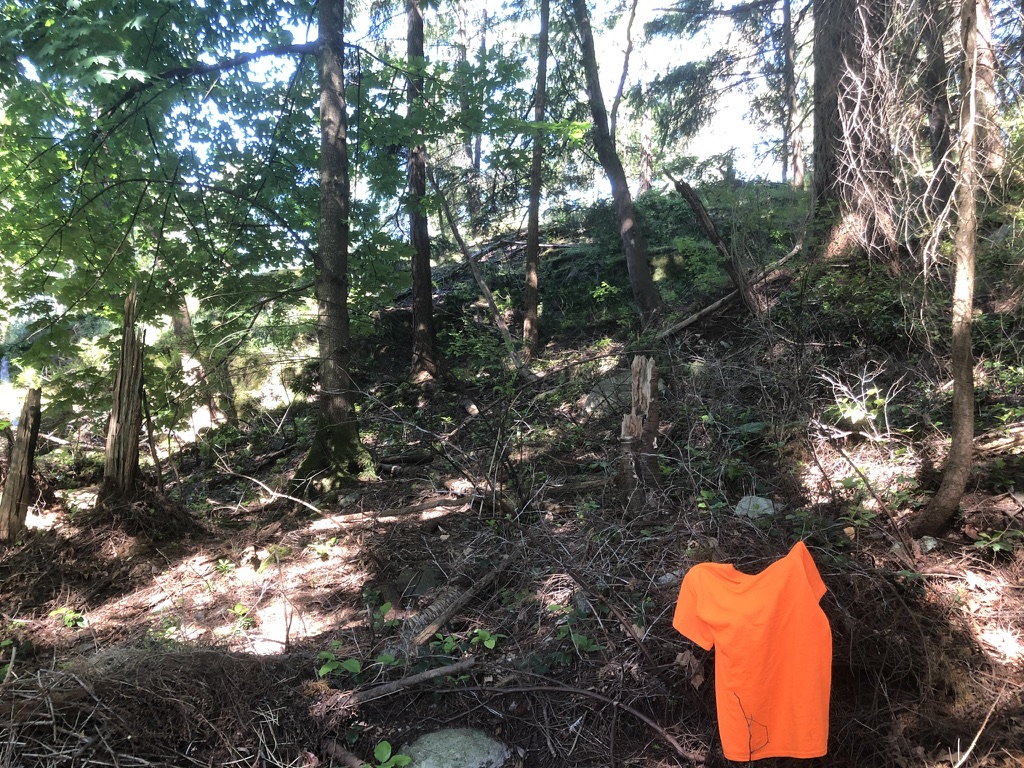 The great shadow of North American history I think is that settlers know deep down that we don’t belong here. The idea of “settling” the west was predicated on the continent being cleansed of its original inhabitants. This happened in a number of ways. There was outright murder perpetuated by war, disease and neglect. There were treaties which ripped people from their territories and bound the loyalties of indigenous people to the Crown rather than their own laws. There was the residential school system which had as its goal the “education” and “civilization” of indigenous children such that they would no longer be indigenous, which resulted in hundreds of thousands being torn from their families and raised by many abusive and unwell priests, nuns, administrators, social workers, nurses, doctors, coaches and teachers.

It seems everywhere settlers ventured on this continent, they have left unsettled peoples, lands, animal populations and communities. The devastation of indigenous population over 500 years and including to the present day through the loss of lands, language, autonomy, self-governance, dignity, health and resources has been rightly called genocide, and documented as such in the last decades’ inquiries into residential school legacies and missing and murdered indigenous women and girls. There has been a deliberation erasure of peoples here, which made possible economies that have resulted in some of the monetarily richest people in human history living some of the most prosperous lives humans have ever lived.

And I think deep down, every knows that it was gained on the backs of genocide.

So that has some bearing on whether settlers can even feel at home here. And I think that unresolved cognitive dissonance – maybe deeper, maybe a soul dissonance – perpetuates inhumane level of violence towards people, land and community. On this continent the world’s mightiest military power has taken root, supported by the world’s mightiest economic engine and spread death and exploitation around the world. Here in Canada, the same week as 215 children were found deposited in a mass grave separated from their families, communities and even their names, we saw photos of a single 1000 year old spruce tree being carted away to make guitar tops. Songs will be sung through a tree which lived twice as long as colonization and which was weeks away from being protected forever by a provincial law prohibiting such logging.

The term “settler” is used to describe willing immigrants to this continent, because traditionally it was the word that our families all used when they were heading here to settle down. But it conveys a sense of serene calm, of finally arriving somewhere, of belonging.

It must be heard in the context of all the unsettling that has resulted from this. Even amongst settlers, the privilege extracted from this continent has been concentrated in the hands of very few (who even continue to become enriched during the biggest public health crises in a century) resulted in this unsettling being pushed through the class ranks rendering people housing insecure, unhealthy, burnt out and poor.

35 years ago I stood in the summer night around a fire in Sudbury participating in a process to make an apology from the United Church of Canada to indigenous peoples, a powerful and important gesture that indigenous people like Alberta Billy, Art Napoleon, Murray Whetung and Stan McKay asked for. And we wrestled for hours over the wording of that apology because in the room where we were deliberating were residential school survivors, teachers, administrators. The whole system was there. And the concern in the room was sparing the feeling for those that had “good intentions.” And so the debate went back and forth and in the end I don’t think we spared their feelings, but I do think we must have hedged on the final wording just a touch, because the Moderator – Rev Bob Smith – delivered the apology to the Elders and we waited and waited and finally the Elders announced that they were appreciative of the apology but they did not accept it. They wanted to see what would happen next.

At the time, I thought this was a brilliant response and a generous one. It was an invitation to join in relationship and do something meaningful together, because the proof is in the actions and the only future that can begin to redeem the past is in mutually beneficial reciprocal relationships, which now must first consist of a MASSIVE transfer of wealth and land back to First Nations. It is what indigenous people have been saying since the very beginning: hey, let’s do something cool together. And at every turn everything has been stolen.

That night changed my life. It made me unsettled. And I think that is the only job of settlers: become and remain unsettled. If the news of this past week has unsettled you, good. Perhaps that will enable you to finally be in relationship with all of the people who have been unsettled by the history of colonization on this continent. Get unsettled, be in relationship. If you have land, think about how you can give it back. If you have cash, donate. LIsten to what indigenous people are saying. They are inviting us all into a better world, but we need to let go of the idea that settler colonialism is a viable path to that world. It is not.

There are people among you right now who properly belong to this place. No matter how closely connected you feel to where you live, not matter how long your family has been “in these parts” there are people here whose history goes back to the time before your ancestors even thought about farming. Listen to their voices. Follow their lead. Be unsettled and be led.